HISTORY: The need to establish a public library in Zanzibar was emanated by the Hockey's Report. Unfortunately the political changes in Zanzibar in early 1960s interrupted the project and in fact it was never implemented. The spirit to start a Central Public Library however has always been there and was revived in 1980s. It was USIS who asked permission to establish a library. The idea was accepted by Zanzibar Government and the Americans dispatched two containers full of books and furniture. Then the Ex-telecom was chosen as a good site for the new library. Unfortunately, the government of USA postponed this program before it took off. The books and furniture were given to Ministry of Education, Culture and Sports. Then the Ministry turned to British Council to get help to establish its own Central Library. In 1988, Zanzibar Public Library, the first public library was established in Zanzibar Town by the Ministry of Education and Vocational Training. The library was first located in the Ex-telecom Building which is now the famous Serena Inn. Later in late 1989 it was shifted to another temporary base in Vuga, near the Zanzibar High Court. Thereafter in December 1994 the first branch library was opened in Chake Chake, in the sister Island of Pemba. From April 2005, five district libraries are established in Zanzibar Island and three district libraries in Pemba. As starting point, these district libraries are temporary accommodated in the Teacher Centers (TC) which are well established and are located centrally in each district. Each Teacher Centre received two boxes of books and more books are to be supplied in September, 2006. 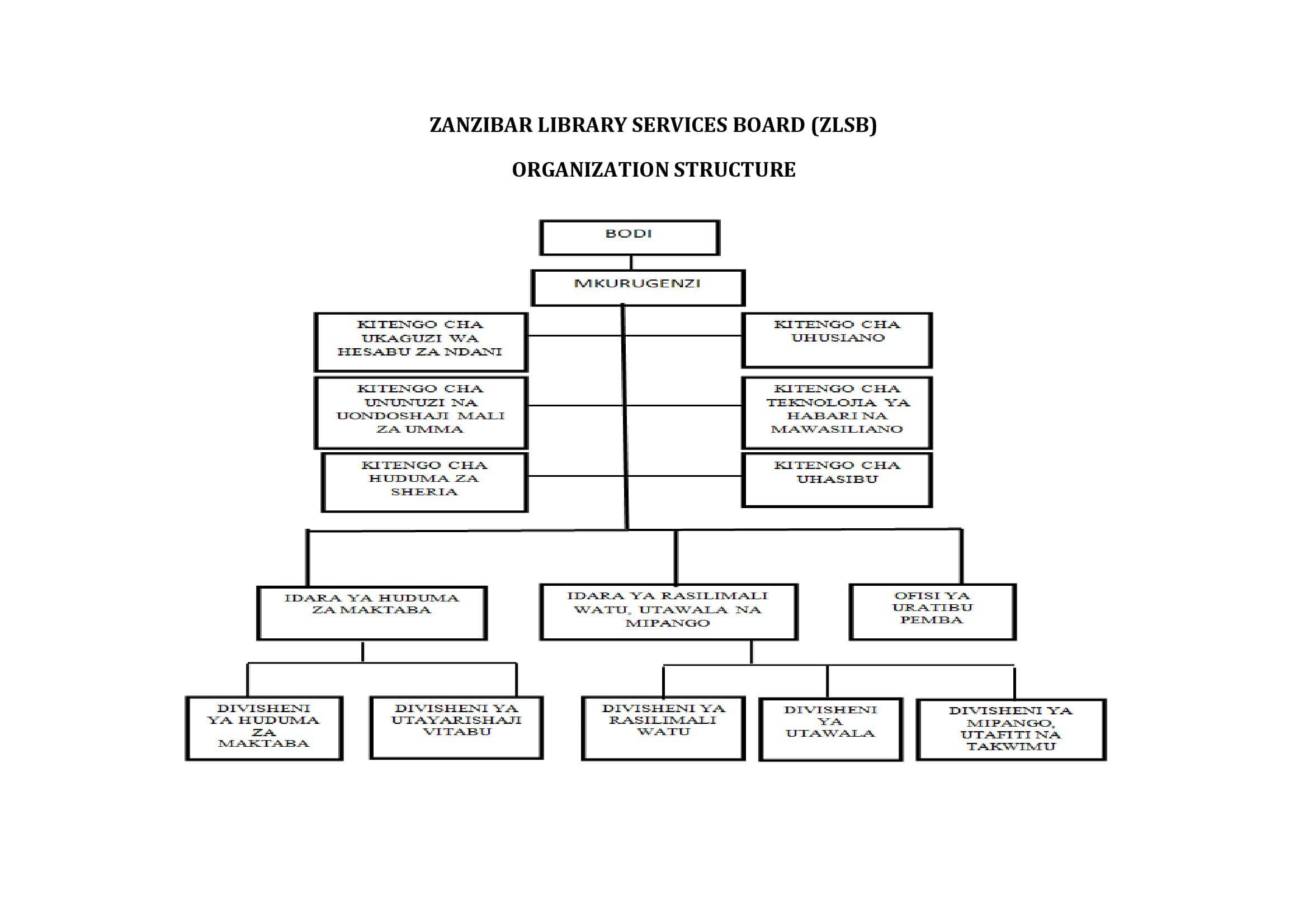